How Do Mushrooms Reproduce

Mushrooms can be pretty easy to cultivate if you better understand their life-cycle.

However, without the knowledge of how they mature, it might be a bit difficult for you to grow them properly, especially in the quantity you might want.

Knowing about mushroom reproduction will invariably help you to provide them with the best growing conditions and also maintain and/or improve the quality of your strains as they grow.

So, how do mushrooms reproduce its delectable fruiting body?

How To Grow Delicious Mushrooms At Home 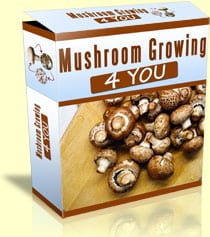 Grow Your Own Organic Gourmet Mushrooms For Beginners

How Does Mushrooms Reproduction Happen?

Mushrooms are the outer fleshy fruiting body produced by some fungal mycelium.

Fungi are naturally heterotrophic organisms. That is, they are completely incapable of photosynthesis and unable to manufacture, on their own as plants do, the nutrients they need for growth.

They depend majorly on other viable sources to generate the carbon and energy they need for optimal growth.

Typically, mushrooms are made up of the stem (rising from the host), the cap (which grows from the stem and spreads like an umbrella), and, also, the lamellae (or gills, that’s just beneath the cap).

Asexually, the gills, underneath the cap) are like sexual reproduction where spores are produced. They extract and/or disperse the spores into the wind. They can also be spread naturally through other means too.

Sexually, mushrooms can also reproduce with the fusion of two different filaments called hyphae (they constitute the mycelium of mushrooms).

In the next section of this article, we’ll discuss more on the asexually and sexual reproductive processes of mushrooms.

Check out this cool time lapse video of mushrooms growing:

Under this reproductive process, spores are the major means by which the fungi can reproduce.

These spores are released from the gills (the slits under the cap).

You can view the spores as the smaller version of the parent mushroom. Just like plant seeds, but way lighter and smaller.

They could be released either in a reproductive sac (the sporangium) or just outside.

If you go mushroom hunting in the wild, you might have come across tiny mushrooms that are referred to as “puffballs”. These puffballs look like immature mushrooms because they do not have caps, stems, or even gills.

They’re fully contained in spores which eventually disperses once the puffballs are ripe and have been cracked open. The spores are then spread to other locations where they can thrive and develop its fruiting body that we all call mushrooms.

Another asexual reproduction process is budding: a process of separation by which the parent mushroom is outgrown into another cell.

Mycelial fragmentation is another method. Here, a new form is formed by splitting a part of the mycelium from the parent.

Mycelial fragmentation is another method. Here, a new form is formed by splitting a part of the mycelium from the parent. #DailyMushroom #Mushrooms #FungiClick To Tweet

The sexual reproductive process is done indirectly with the fusion of two different hyphae before the fungi develops its fruiting body (what we may call the “mushroom”).

The hyphae are filament structures that emanate from spores.

Hyphae collected from the spores are then joined together to produce what’s called gametangia.

The gametangia then combine to form diploid zygospore. The diploid zygospore undergoes meiosis and then again produces haploid sporangia which also creates more spores and the reproductive process goes on and on.

Growing your own mushrooms can be relatively easy for you when you are really determined about it.

For me, I think access to fresh and cheap mushrooms is motivation enough for you to start your own mushroom farm.

You can take the following simple steps to grow your own mushrooms indoors.

First, prepare a spacious container that you can fill with the compost the mushrooms will rely on for energy and carbon during the course of the cultivation process.

Second, sprinkle the surface of the compost with your spawns (these are the smaller button mushrooms you can use for growing) and then cover with more compost or soil.

Third, for a span of 3 to 4 weeks until you notice spiderweb-like threading the medium, heat with a heating pad at about 70°F.

During this process, do not forget to spray regularly to keep the soil or compost moist as mushrooms can only thrive well in damp environments.

Continue for another 3 to 4 weeks and you might have your mushroom fruiting body ready to consume.

You could also use the log process which involves getting a hardwood, inoculating them, and then stuffing these holes with your spawns. It also involves the same process of heating and moisturizing.

However, you can instead purchase a mushroom kit. This allows you to avoid the stress of finding substrates or inoculating hardwoods.

Mushroom kits are also a better fit for beginners who are yet to fully experience and understand the life-cycle of a mushroom.

You could also use the log process which involves getting a hardwood, inoculating them, and then stuffing these holes with your spawns. #DailyMushroom #Mushrooms #Fungi #gardentipsClick To Tweet

How to Collect Mushroom Spores

Just as I mentioned earlier, spores are the primary reproductive components that mushrooms need to conduct a successful process of reproduction.

Now that you know how mushrooms produce spores, how can you collect them?

Collecting mushroom fungus spores may seem like a difficult thing to do with a lot of technical processes to follow. However, it isn’t.

You do not even need any technical tool to collect them. You can get them in a store. You can even go in the wild by yourself to get the puffballs from which you can collect the spores from different species.

Making a new fungus spore print is another simple method one can take.

Get a mature edible mushroom of any of the varieties you’d like to grow. Also prepare 2 pieces of paper, one black and one white (the different paper colors can be very necessary if you want to be able to see the spores because spores can either appear in white or black).

You’d also need a glass container that you’ll use to cover the mushroom afterward.

Have all these in place already?

Then remove the cap of your mature edible mushroom and then place it upside-down on top of each half of the papers. You can then cover them with the glass container and leave for 12 to 24 hours.

How To Grow Delicious Mushrooms At Home

Grow Your Own Organic Gourmet Mushrooms For Beginners

Absolutely! Mushrooms are completely safe and can also be consumed in your meals. Not only are they safe, but they can also offer numerous health benefits.

However, there are still some inedible ones you should completely avoid because they can be very poisonous.

You might be able to identify edible mushrooms through the observation of their appearance. Mushrooms with white gills should be avoided.

Mushrooms with red cap or stem, scales, and rings around the stem can also be pretty dangerous.

Make sure you’re completely sure of the variety of mushrooms before consumption.

This is why you have to do your research to confirm the edibility of any variety you choose to grow or eat.  New foragers usually have an expert with them as they are learning.

Download ​our FREE Garden Hack Guide
Enter your email below and we will send you a guide to help you SAVE money in your garden.

Getting to know about mushroom reproduction can give you the idea of how you can better tend your mycelium fungi babies.

Understanding the different methods by which they reproduce can also help you understand their life-cycle and how you can continue to reseed your mushrooms for maximum yields every now and then.

We at Green Thumb Gardener provide tips and guides for both for beginners and advanced gardeners out there.

Learn More
Legal Info
Gardenerthumb.com is a participant in the Amazon Services LLC Associates Program, an affiliate advertising program designed to provide a means for sites to earn advertising fees by advertising and linking to Amazon.com.
This site also participates in other affiliate programs and is compensated for referring traffic and business to these companies.

Green thumb Gardener is a participant in the Amazon Services LLC Associates Program, an affiliate advertising program designed to provide a means for sites to earn advertising fees by advertising and links to Amazon.com. As part of this Amazon Associates program, the Website will post customized links, provided by Amazon, to track the referrals to their website. This program utilizes cookies to track visits for the purposes of assigning commission on these sales.

5 Free Garden HACKS That Save Me $512 Each Year